Freeing Doctors to Be the Leaders They Are: A Treatment for Physician Burnout

Authoritarian, command-and-control, orders followed to a T—that’s what most of us assume about military leadership. Movies and media tell us it’s true, especially when it comes to high intensity environments. If we don’t have total control, how will we be safe from attack or catastrophe! It’s strange, then, to discover that a person trained in such an environment was able to cure dissatisfaction and minimize physician burnout by relinquishing control.

Way back in 2005, before physician burnout had really entered the spotlight (according to this NEJM survey, a concern for 83 percent of the clinicians and leaders they surveyed), Todd Grages, a former nuclear biological and chemical officer who served in Operation Desert Storm, was hired to lead the Methodist Physician’s Clinic in Omaha, Nebraska, a multi-specialty medical group with 20 or so practices spread throughout eastern Nebraska and western Iowa. The organization was struggling. Patient satisfaction was falling. Weak performance was having significant financial impact on the health system’s ability to thrive. Physician satisfaction had fallen to the 44th percentile, compared to national benchmarks, and talented doctors were leaving the medical group.

What would Todd do first? Where would he start an effort to transform the organization? By sitting down with each and every physician and listening! He spent 2 to 3 months meeting with every single one of the 125 physicians across all of the practices.

Depending on your role, this simple act might conjure a scene from The Hunt for Red October: “Red October has turned directly into the torpedo’s path, sir!” says a radar tech, describing Sean Connery’s risky move to evade a catastrophic hit. To which James Earl Jones replies … “Mother of God.” A dim view of physicians’ motives and contributions dominates policy and regulation discussions. It’s been that way for years. It can trickle down. Leaders who are influenced by that view don’t take important steps to engage or empower physicians or work with them in partnership.

Todd assumed he would get a laundry list of complaints, varying by specialty and location, that he would have to prioritize and tackle. Instead, physicians talked about 3 causes of dissatisfaction. First, there was far too much administration. Second, everybody was getting a better deal than the people who were taking care of patients. Third, and top on the list: “Everyone makes decisions about my practice except me!”

In many healthcare organizations this is still the status quo. According to Todd, statistics show that only 30% of practicing physicians and only 20% of primary care physicians participate in decisions about their practice. Does that have a positive impact on provider satisfaction and performance? Todd thought not.

He believed if he could engage the practicing physicians, all other change would become easier.

Todd began by restructuring his administration and management staff, eliminating the CMO, COO, and several other positions. The changes saved Methodist more than $1.6 million. He encouraged physicians by site and specialty to have monthly meetings to discuss concerns about their practices. He encouraged them to run their practices as if they owned them. What he was pushing for was a dramatic change in culture, and that takes time.

Although Todd was seeing dramatic improvement in some areas, provider satisfaction improved slowly, moving into the 56th percentile nationally over 4 years (using the AMGA Provider Satisfaction Survey). But in year 5 the culture shift finally jumped the gap and provider satisfaction rose to the 87th percentile. Two years later they broke into the 95th percentile and have stayed in that ballpark ever since. Todd did it by reversing an argument I made in the last blog: that not all doctors are the amazing leaders we assume they should be, nor do they necessarily want to be.

He asked, How can we help doctors be the leaders they want to be? How can we give them leadership over those things they most want to control?

He didn’t identify the true leaders as much as he identified how people could truly lead. Doctors most want to lead in determining how care is delivered within their practice. Physician burnout seems to be growing, in part, with the percentage of doctors who are employed rather than in private practice. The former became the majority for the first time in 2017, according to the AMA. Creating practices, physician-owned or not, that focus on autonomy is an important part of addressing the crisis, because physicians feel that decisions are taken out of their hands and replaced with tasks that are frustrating and demoralizing.

“It wasn’t even close to perfect when we started,” Todd said of the years long process of rebuilding autonomy at Methodist, “but having practicing physicians succeed and fail on their own merits laid the foundation of our culture, which has driven our provider satisfaction to some of the highest scores nationally. More important, it developed our physicians as leaders. Learning from good decisions and bad decisions provided the experience to make better decisions in the future.”

Todd Grages spent years building a truly physician-led organization. He empowered physicians to feel, think, and act like owners or partners in their practices, even though those practices are owned and operated by a large healthcare system. Today, physicians work with their partners to take responsibility for the best performance of their practices and the optimal care of their patients. Here is how Methodist operates:

What Todd emphasized again and again as we talked is that the physicians decide what happens in their practices, as a group. Each physician participates in those discussions as much or as little as they like. They make and implement decisions locally. If, for instance, a physician wants to hire another nurse or medical assistant, they make the decision with their partners, not based on approval from administration. As long as the practice is hitting the metrics it needs to hit, nobody interferes.

For those readers who hold that dim view of physicians as arrogant prima donnas, this approach might sound dreadful. But when you walk around one of the clinics, you feel and see the effect on the culture—happy, engaged teams providing great care and patient experiences.

Physicians care about the care teams. They want them to succeed, to feel satisfied, and to feel taken care of. Years ago, the staff received bonuses for hitting a certain number of appointments per quarter (reducing no-shows, scheduling appropriately, etc.). Doctors would come in on their off days, if necessary, to guarantee the practice hit the number.

Physicians care about how they’re performing on key outcomes. When they transitioned to the patient-centered medical home model in 2012, they were able to better track and report how well they were managing their patients with chronic conditions. Initially, the news wasn’t great. They had never had access to the data in that way, and they had assumed they were doing a much better job. It took only 12 months to see massive gains in quality, as their blood sugar control metrics improved by 75 percent!

In fact, on most chronic disease management metrics, 100 percent of the sites are performing well above the HEDIS 5-star rating.

Physicians care about how the organization overall is advancing. You might think those elected to the committees are those who’ve been there the longest, with the most power. But it’s common for physicians to elect peers who are just a couple years in practice. Everybody values the diverse perspectives. They want to grow and improve.

Across the board, the data is amazing:

They accomplish all of this with administrative costs that fall in the 10th percentile.

It’s amazing how few people you need to make decisions when you empower the right people, the practicing physicians.

A year ago or so, another group in the area lost it’s contract with a major insurer. Methodist absorbed 40,000 new patients! Their competition probably thought the chaos would bring the insurer back to the negotiating table. Lots of people also thought that once the contract was resolved and reinstated, many of those patients would return to their previous doctors. It didn’t happen. Methodist retained all but a fraction. “If absorbing 40,000 new patients had been a strategy pushed down on the practices by administration, it never would have worked,” Todd told me. “It was a cultural thing. The physicians and practice staff made it happen because they wanted to prove they could.”

If you’re a doctor reading this, you can submit your application, but don’t hold your breath. Their turnover is miniscule.

Empowering people in healthcare to lead as they can, to feel a sense of true ownership of ideas and innovation, is the best strategy I’ve seen for improving satisfaction, reducing physician burnout, and actually building practices that achieve our grand healthcare goals. Take a tour of Methodist Physician’s Clinic to see how it’s done. It won’t be a waste of your time. 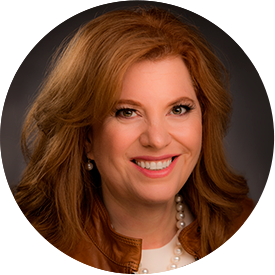 HALEE FISCHER-WRIGHT, who received her M.D. from the University of Colorado, is a nationally recognized physician leader, health care executive, and former business consultant, whose work focuses on innovation and creating cultures of excellence. Dr. Fischer-Wright is president and CEO of Medical Group Management Association (MGMA) and is the co-author of Tribal Leadership, a New York Times bestseller.
More about Dr. Fischer-wright

What do dinosaurs, George Clooney, and the art of medicine have in common?

Insights on health care from Back to Balance.

50% Complete
Almost there! Please enter your email and click the button below to get the resources.

Get this resource, and stay updated with behind-the-scenes updates, directly to your inbox.